Simon founded Sabin.io with the view of enabling companies to make the most of the data they have.

He has worked with data for all his career and worked with companies across all industry sectors including online retail, insurance, finance, motor sport.

He works with companies to help them: 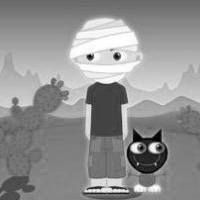 James has dabbled in programming and databases for more than half his life. Accidentally falling into a SQL Server DBA role in 2010, he decided to focus on SQL Server and followed the conventional path of being concerned about backing it up, making it secure, what goes where and the all important go faster stripes. It was only after deploying a very large change to a very large and live migration project, and losing countless hours of sleep, and almost bringing a 24/7 web site to its knees, that he realized none of this really mattered if one could not deliver code efficiently in a manner that was easy to reason about.

James currently focuses on working with and educating DBA and development teams to promote better communication and weed out "bad data" development practice, with the goal of delivering peer reviewed, tested, reliable and automated delivery for data.

James is an occasional speaker at SQL related meetups in London and volunteers at a local Primary School teaching 9-11 year olds using the codeclub.org.uk syllabus. 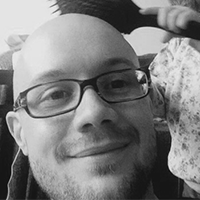 Richie Lee is a man of many hats: Since graduating from university, Richie has held many different roles, starting as a Software Tester, before moving on to a mixture of TFS Administrator/Build Engineer/Release Manager/Database Administrator. This experience in a broad range of roles has helped Richie obtain not only the technological skills to help implement a Database Devops pipeline, but also appreciate the software development process from many different points of view and has helped him understand the deployment pipeline and how decisions at the beginning have a major impact on those downstream. Richie loves writing a bit of code to help automate a process or simplify a potentially complex solution, so that the next person can pick up a script and run with it